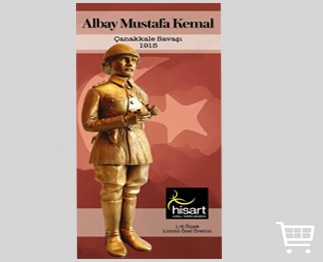 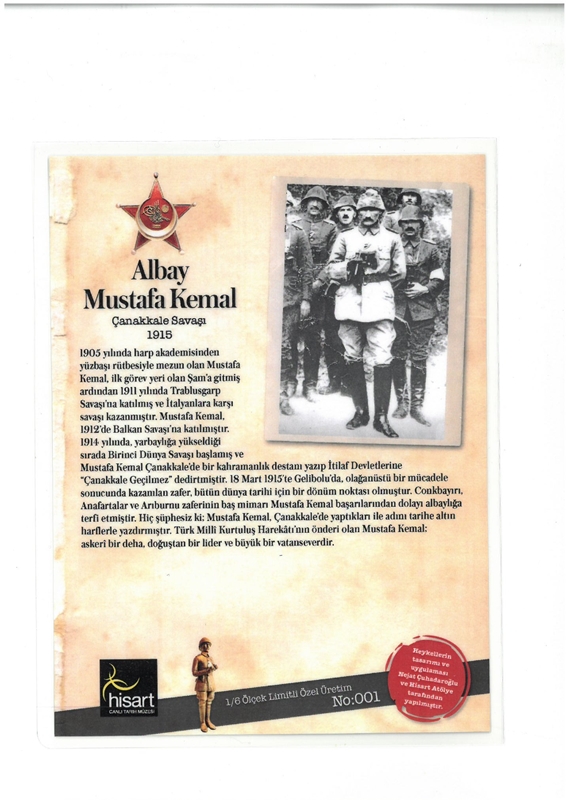 Colonel Mustafa Kemal Çanakkale War 1918
Mustafa Kemal, who graduated from the war academy with the rank of captain in 1905, went to Damascus, his first place of duty, and then participated in the Tripoli War in 1911 and won the war against the Italians. Mustafa Kemal . He participated in the Balkan War in 1912 . In 1914 , when he was promoted to lieutenant colonel , the First World War started and Mustafa Kemal wrote a heroic epic in Çanakkale and made the Entente Powers say " Çanakkale is Impenetrable " . The victory won as a result of an extraordinary struggle in Gallipoli on March 18, 1915 was a turning point for the whole history of the world. Mustafa Kemal, the chief architect of the Conkbayırı, Anafartalar and Arıburnu victory, was promoted to colonel due to his successes. Without a doubt : Mustafa Kemal . He wrote his name in history with golden letters with what he did in Çanakkale . Mustafa Kemal , the leader of the Turkish National Liberation Operation , is a military genius , a born leader and a great patriot .

PRICE: 2000 TL
SHIPPING: It belongs to the buyer
OUR BANK INFORMATION: Garanti bank
ACCOUNT NAME: HALİL NEJAT ÇUHADAROĞLU KÜLTÜR TURİZM VE SANAT İŞLETMECİliği A.Ş.
IBAN NO: TR81 0006 2000 4030 0006 2948 76
NOTE: Payment receipt will be shipped to you after you send your product code (such as BIBLO1 available in the product name), name/surname, address and telephone information to info@hisartmuseum.com.