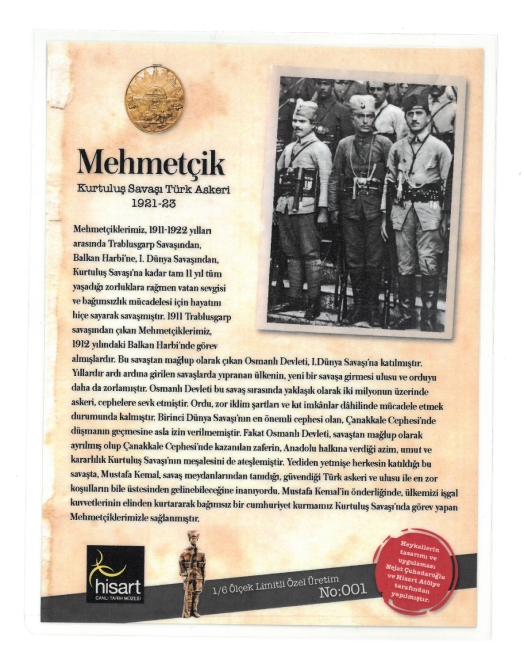 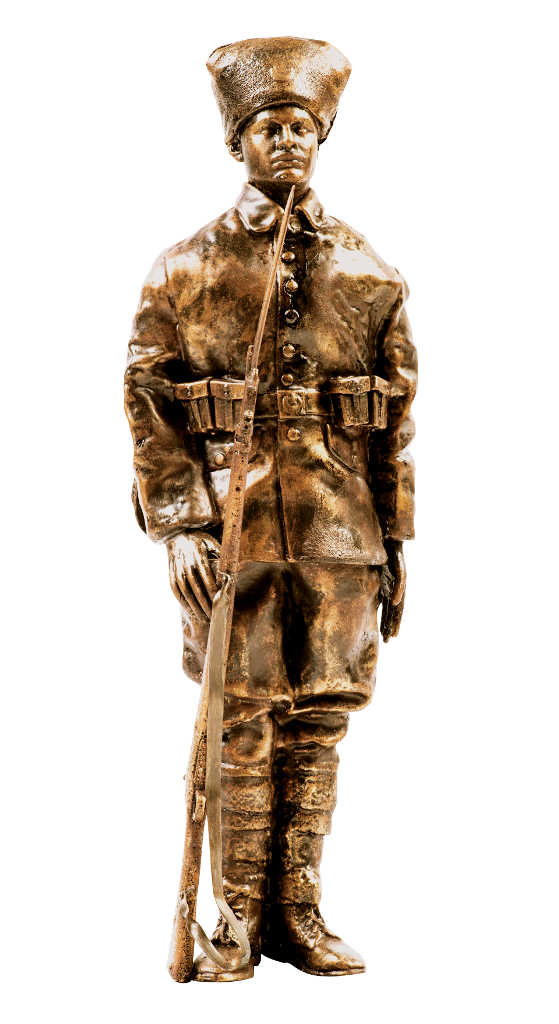 Mehmetçik War of Independence Turkish Soldier 1921-23
Between the years 1911-1922, our soldiers fought for 11 years, from the Tripoli War to the Balkan War, from the First World War to the War of Independence, for the sake of patriotism and the struggle for independence, despite all the difficulties they faced. Our Mehmetçik who came out of the 1911 Tripoli War . They took part in the Balkan War in 1912 . The Ottoman Empire, which was defeated in this war, participated in the First World War. The country , which had been worn out in consecutive wars for years , entered a new war , which further forced the nation and the army . The Ottoman Empire sent nearly two million soldiers to the fronts during this war. The army had to fight under difficult climatic conditions and scarce resources. The enemy was never allowed to pass on the Dardanelles Front, the most important front of the First World War. However , the Ottoman Empire left the war as defeated and the perseverance , hope and determination given to the Anatolian people by the victory at the Çanakkale Front also ignited the torch of the War of Independence . In this war, in which everyone from seven to seventy participated, Mustafa Kemal believed that even the most difficult conditions could be overcome with the Turkish soldier and nation, whom he knew and trusted from the battlefields. Under the leadership of Mustafa Kemal, we saved our country from the occupation forces and established an independent republic with our Mehmetçik who served in the War of Independence.

PRICE: 2500 TL
SHIPPING: It belongs to the buyer
OUR BANK INFORMATION: Garanti bank
ACCOUNT NAME: HALİL NEJAT ÇUHADAROĞLU KÜLTÜR TURİZM VE SANAT İŞLETMECİliği A.Ş.
IBAN NO: TR81 0006 2000 4030 0006 2948 76
NOTE: The payment receipt will be shipped to you after you send your name/surname, product code (such as BIBLO4 available in the product name), address and telephone information to info@hisartmuseum.com.